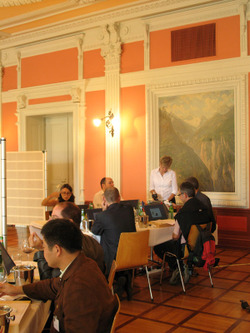 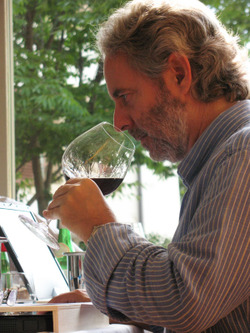 GenevaLunch is, exceptionally, bringing you a weekend bulletin, to keep pace with a busy time locally and in the world. Expect to see us back with our normal publishing schedule, including weekly highlights for events and resources, by the start of September.

In world news, the New York Times says it has learned that Barack Obama has chosen Joseph Biden, senator from Delaware, as his running mate in the US presidential election.

At the Olympics, Usain Bolt won a third gold medal and broke a third world record,  running as part of the Jamaican team that won the men’s  4×100 relay. The remarkable run was even more amazing considering that the team had trained only twice before, and the second time was just hours before the race. Guardian, UK

In Geneva, the crowds expected for the media-hyped botellón failed to appear, with only 200 souls braving the rain, according to 20 Minutes.

In Sierre, 53 judges from 13 countries have gathered for the Mondial du Pinot Noir to taste and rate more than 1,100 Pinot Noir wines, from the grape that made Burgundy famous. The winners of this key international wine competition will be announced 1 September. 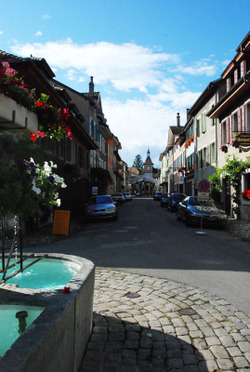 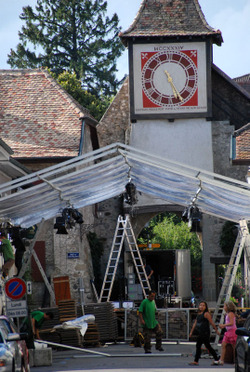 Photos: St Prex’s old town prepares for the St Prex Festival on the main street, with concerts starting there Monday.

It’s still the busy season for Lake Geneva area events. Please note that at the start of September GenevaLunch will provide its regular weekly events calendar again. A few highlights for the coming days: