Arvinis is Switzerland’s largest wine fair, a great idea that has been refined over the years. I went to the first one in 1996 and, having learned about wines in Paris, where I lived for several years, I was taken aback at the complete lack of snobbery. Switzerland may well be one of the best places on Earth to learn about wine because the wine is good, often excellent, and a high proportion of Swiss grow up surrounded by vineyards. As children they walk to school watching life among the vines as the seasons change. Wine is not exotic and mysterious. It is a pleasant part of daily life. In contrast, far more French people grow up with wine on the daily table, but little experience of vines and vineyards, so talk about wine

tends to centre around its role on the table. Delightful as that can be, it’s often a hard way for foreigners to learn about wine.

A couple of suggestions to make it a happy experience and then I’ll share my favourite stalls from this year’s Arvinis. First, take the train. Show your ticket and you get a SFr5 reduction on the entrance and you pay SFr9. For that price you can do all the sampling you like, plus you don’t have to worry about drinking and driving. Secondly, decide ahead approximately how many stands you want to visit, study the programme and make some choices. You can always stray from them but testing 130 producers’ wines in one go is not a good idea, so use a little advance planning. Then DO sip but throw away some of it.

Spitting it out: true, people who know what they are doing do this, but the fair is for your average wine lover, who after all is the main customer. Many people come just to sample and enjoy the wines, and they swallow them. Feel free to do that.

Go early and you can catch the magnificent tulip display for which Morges is justifiably famous, on the lakefront. Take the free bus from the large parking lot by the lake up to the Halle building which houses Arvinis. It is an endearing old oak storage depot next to the train station. Or walk there in 10-15 minutes. This is the stand you should visit last, but don’t miss it! The guest wine region at Arvinis this year is Sicily. To prepare, read Patricia Briel’s article in Le Temps, which offers an excellent background. I confess my knowledge of Sicilian wines has been skimpy and unfortunate, based on cheap, rough wines that I drank when penniless in Paris, alongside some truly awful Algerian wines. I was aware there are some great wines from the region, but I had steered clear of them as my budget and ability to distinguish good from bad wine grew.

One of my first loves was a Sicilian boy and I’d steered clear of men from that region, too, as I got older. Two strikes against Sicily for me.

But Fabio Sireci of Feudo Montoni‘s charm and his outstanding 2003 Vrucara Nero d’Ebola have convinced me otherwise. It doesn’t hurt that Wine Enthusiast rated it the top Nero d’Avola wine in 2006, giving it 92 points and that Sireci has won dozens of awards for his winemaking. Fortunately, you can find out for yourself at Arvinis, as he’s brought along this lovely wine, as well as several other interesting ones.

Despite the media buzz Sireci is quick to say that fashion and trendiness are not words you associate with this wine. His family’s estate, built in 1492, sits atop a beautiful hill in western Sicily, one of two regions noted for the island’s excellent Nero d’Avola wines. A word of caution: Nero d’Avola is the grape variety but it is also the name of some wines created from blends, and not all Nero d’Avolas are created equal. Sireci points proudly to a large photo of the family baglio and says that at 400-600 metres, their vines are high enough and far enough inland to escape the burning sirocco winds that blow from Africa.

Sireci is one of the most successful of a relatively new school of winemakers who are pushing to preserve fine old traditions in the face of the island’s recent success marketing New World style wines. “I learned from my father and he learned from his,” he says in very good English, which he prefers to French.

Vrucara is made from vines that are 60 to 70 years old and the wine is rich, velvety without being too heavy, and the grapes are left long on the vine. This should be the last wine you taste before you leave Arvinis.

Roger Burgdorfer is a seed man by training and his oenologue Didier Cornut has an excellent reputation among winemakers. The combination has created a 24-year-old cellar noted for its 20-odd different wines, many made from blends of grapes not widely grown here, such as Viognier and Zinfandel. Ask to try any one of their special blended wines. Some English spoken. 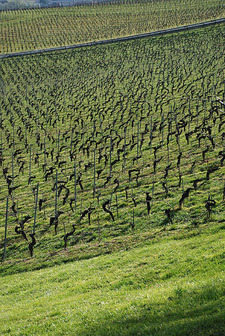 Pale, elegant whites that will make you rethink what Swiss white wine is, as well as excellent rosé and red. Paccot became known to the public for his close ties to Crissier chef Fredy Girardet, but he’s known in the  wine world for his creativity and desire to push the limits. French wine journalists recently included him in a book on the world’s top 500 winemakers. I have been writing a series of articles about Paccot, “A year in the life of a Swiss winemaker,” for GenevaLunch. English spoken.

André Fontannaz is a relatively young winemaker who has been active in the Valaisan wine world for some years, but he is first and foremost a typical small Valaisan grower/winemaker, noted for his Vétroz Grand Cru, which is a Fendant with a difference. Two other wines worth trying, if he has them, are the Pinot Noir (gold medal winner at the 2004 Mondial du Pinot Noir, which brings together more than 1,000 of these wines) and his Amignes. Ask him to explain the little bees on the bottles.

A 2006 discovery for me, Robert Taramarcaz’s wines are in a class of their own. Try any of them and you’ll see why. He won the top prize for Fendant wine in 2006 but his real love – he did an advanced degree in winemaking in France, researching this – is vins doux, or sweet wines, especially blends. His Séduction lines of wines is beautiful.